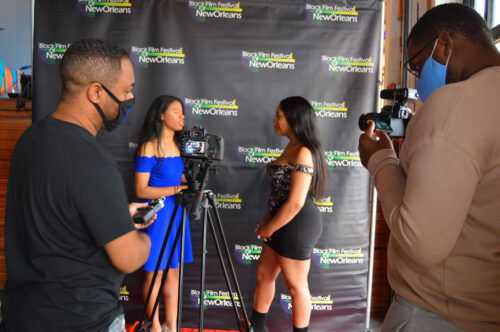 The Black Film Festival of New Orleans is a multi-day event designed to celebrate independent films and filmmakers. We’re here to serve, and for us, our community of filmmakers is at the heart of what we do. The film festival is an incubator for filmmakers Hollywood has yet to notice. And through BFFNO, creatives have a home that advances African American cinema and cultivates local film and television in classic, New Orleans style.

About the Festival Director 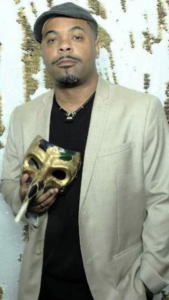 Like many others, Hurricane Katrina was a turning point. Watching news coverage of the devastating disaster from a relative’s home in Texas, Smith found himself rethinking the trajectory of his life. Soon thereafter, as the city began to rebuild, Smith began to rebuild in his own way. He started by pursuing a career in the creative arts, first as a poet and spoken word artist. It was in that area, when he began to look for ways to best market himself as a creative, that Smith began dabbling in videography. And not long after Smith began pursuing a career as a full-time filmmaker, Smith’s idea for the “Black Film Festival of New Orleans.”

Now in its third year, the festival is becoming a progressive event for local artists of color to showcase their work, express themselves, and connect and network,.

In addition to his role as festival director, Smith has alternatively served as actor, writer, director and/or producer in many of his creative endeavors, including “Love Tap” and “The Adulterer.” 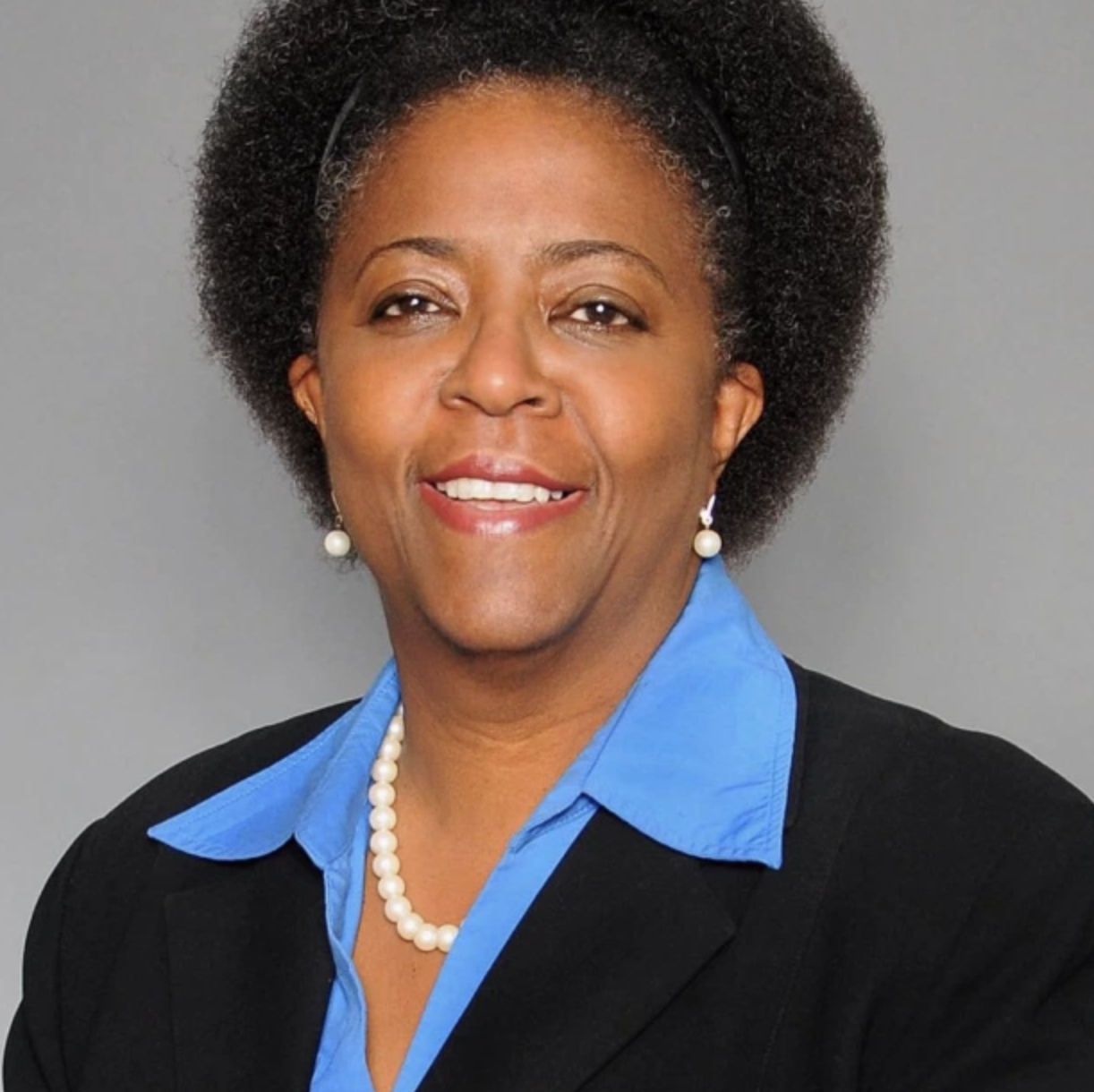 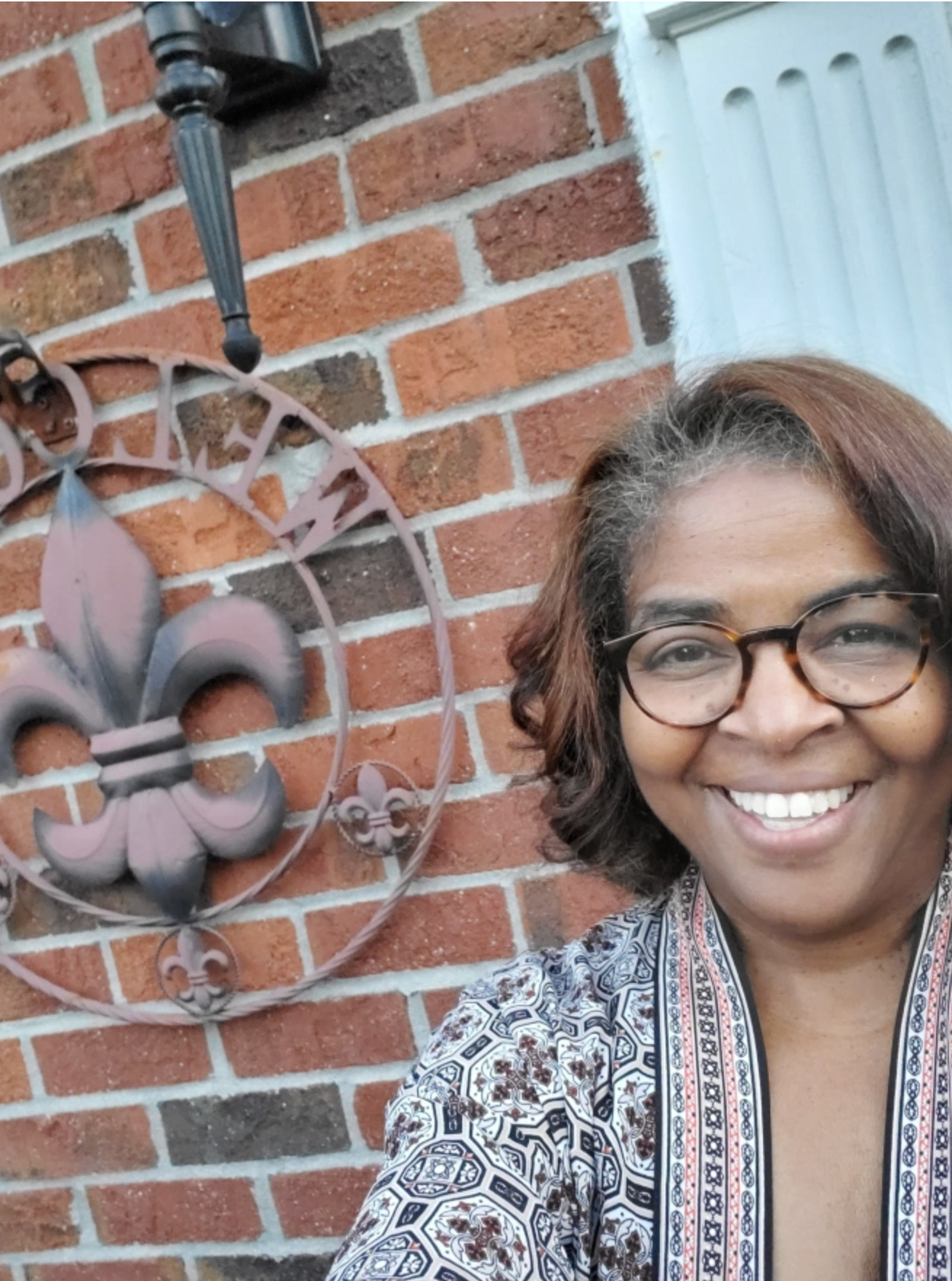 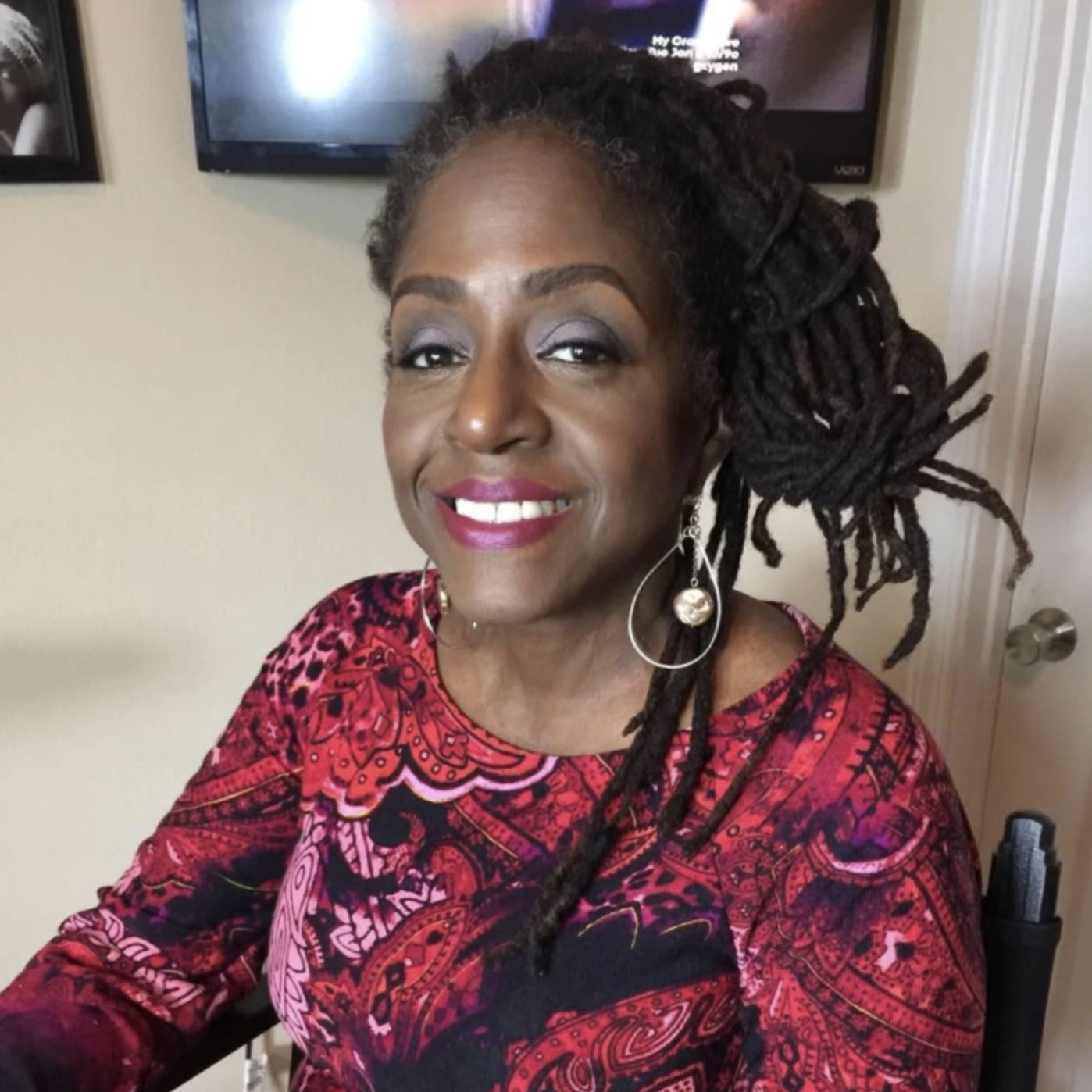 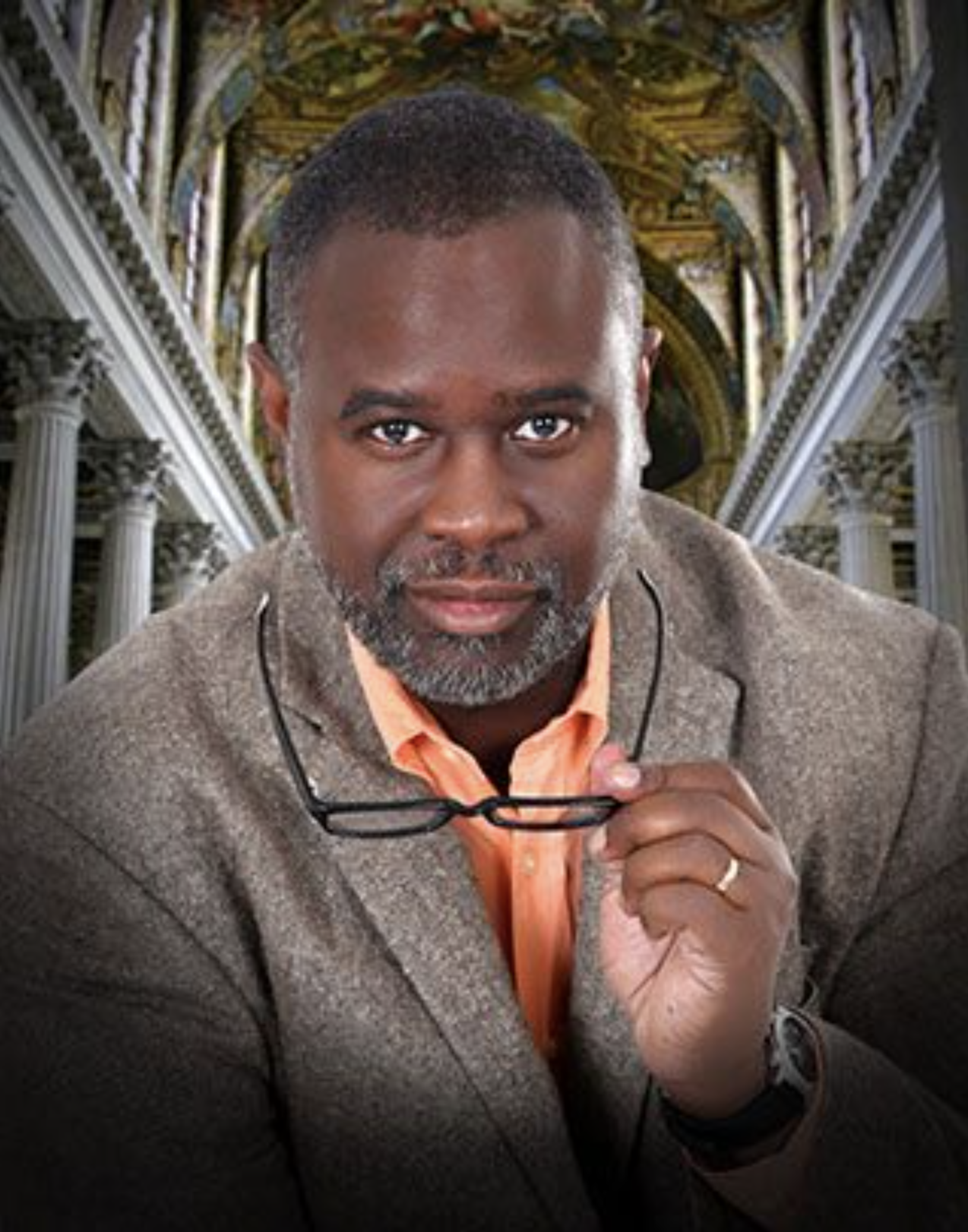 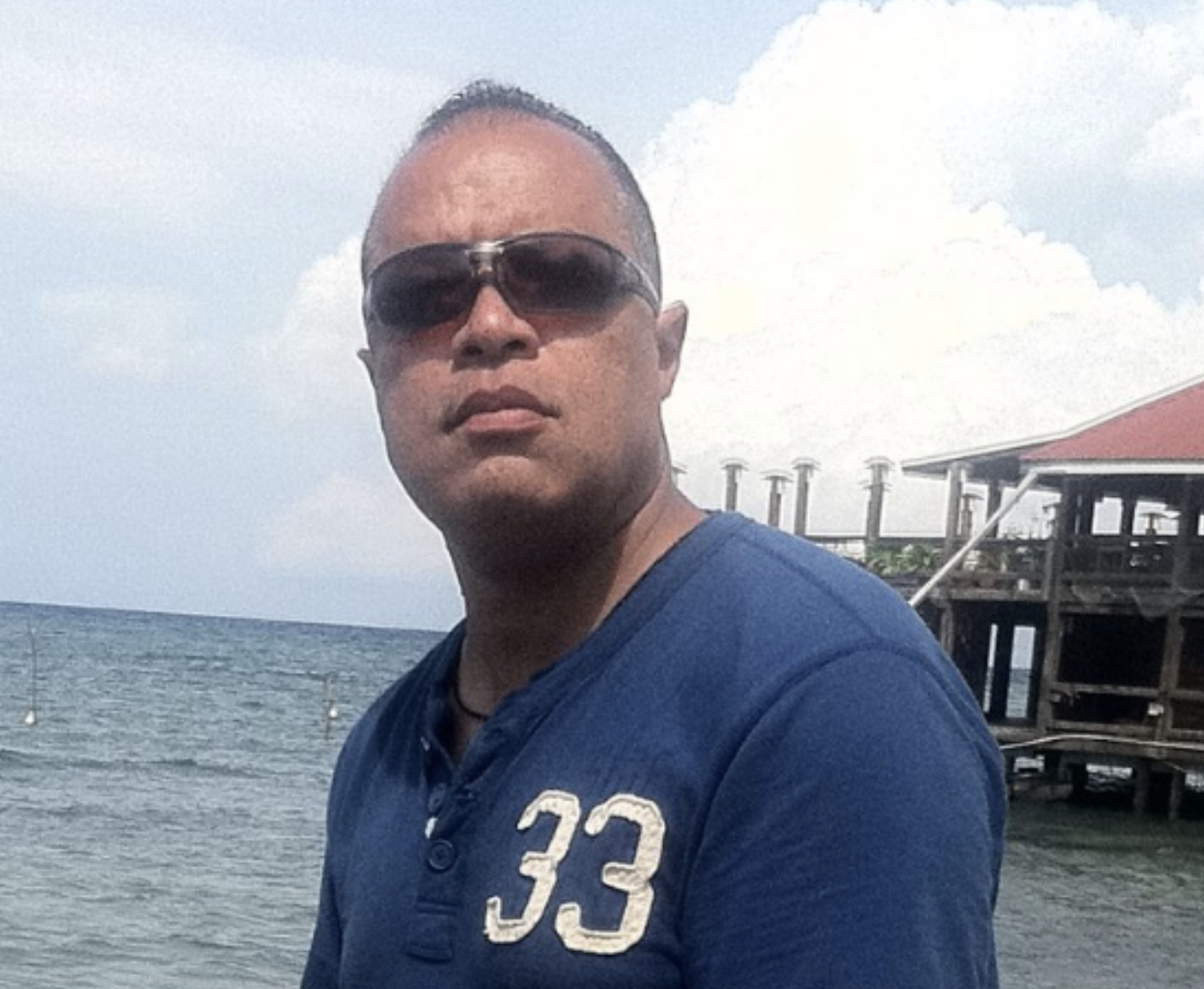 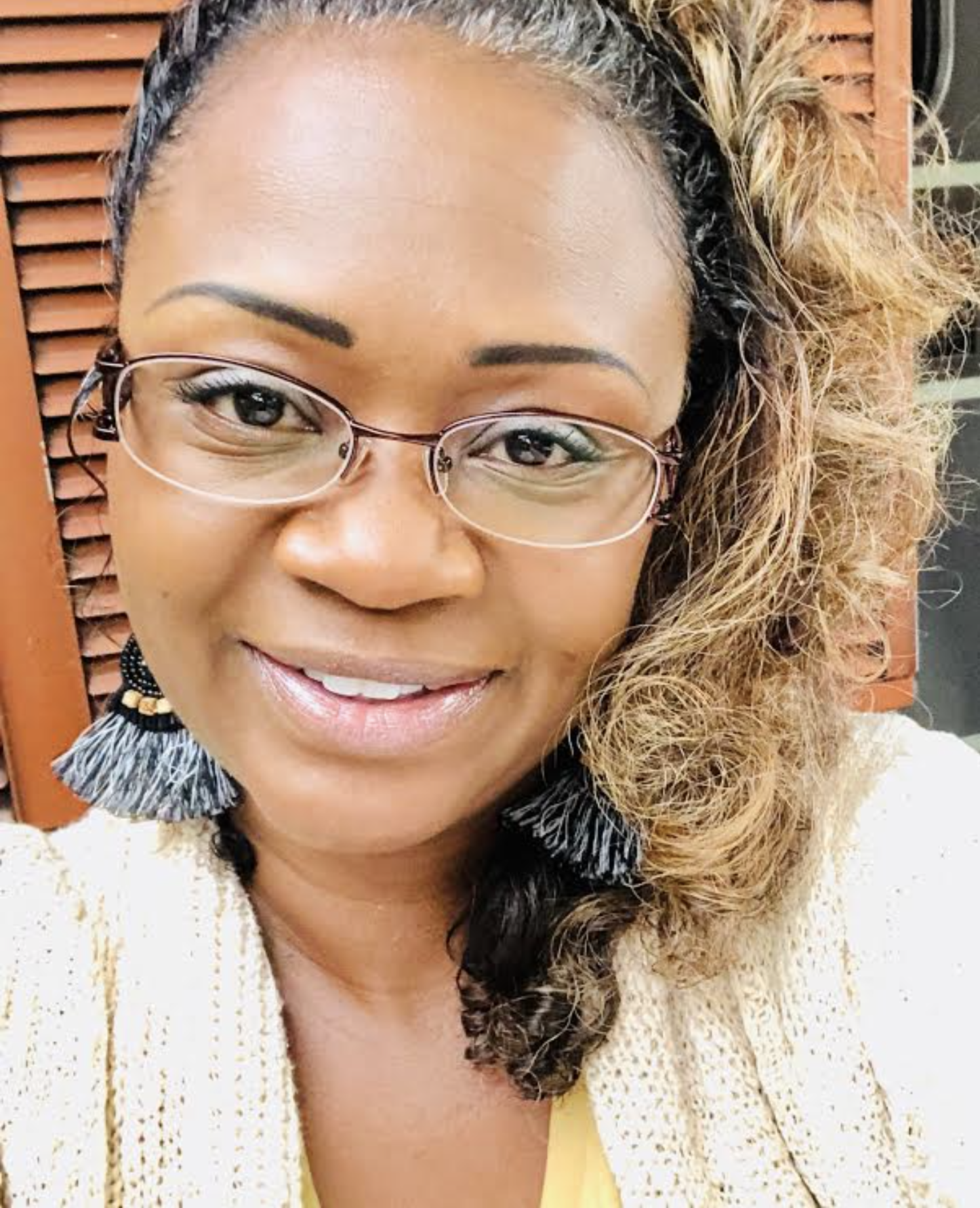 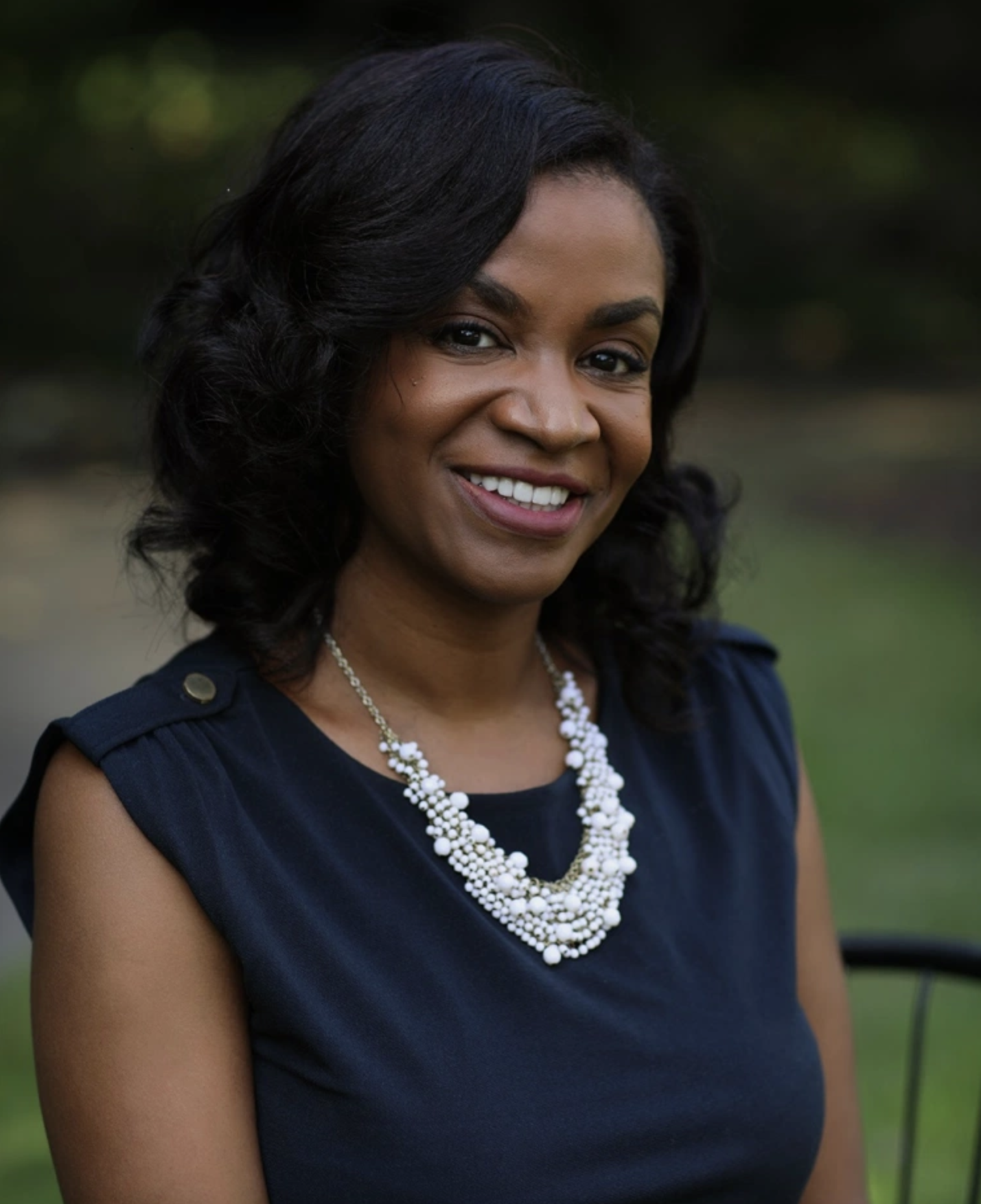 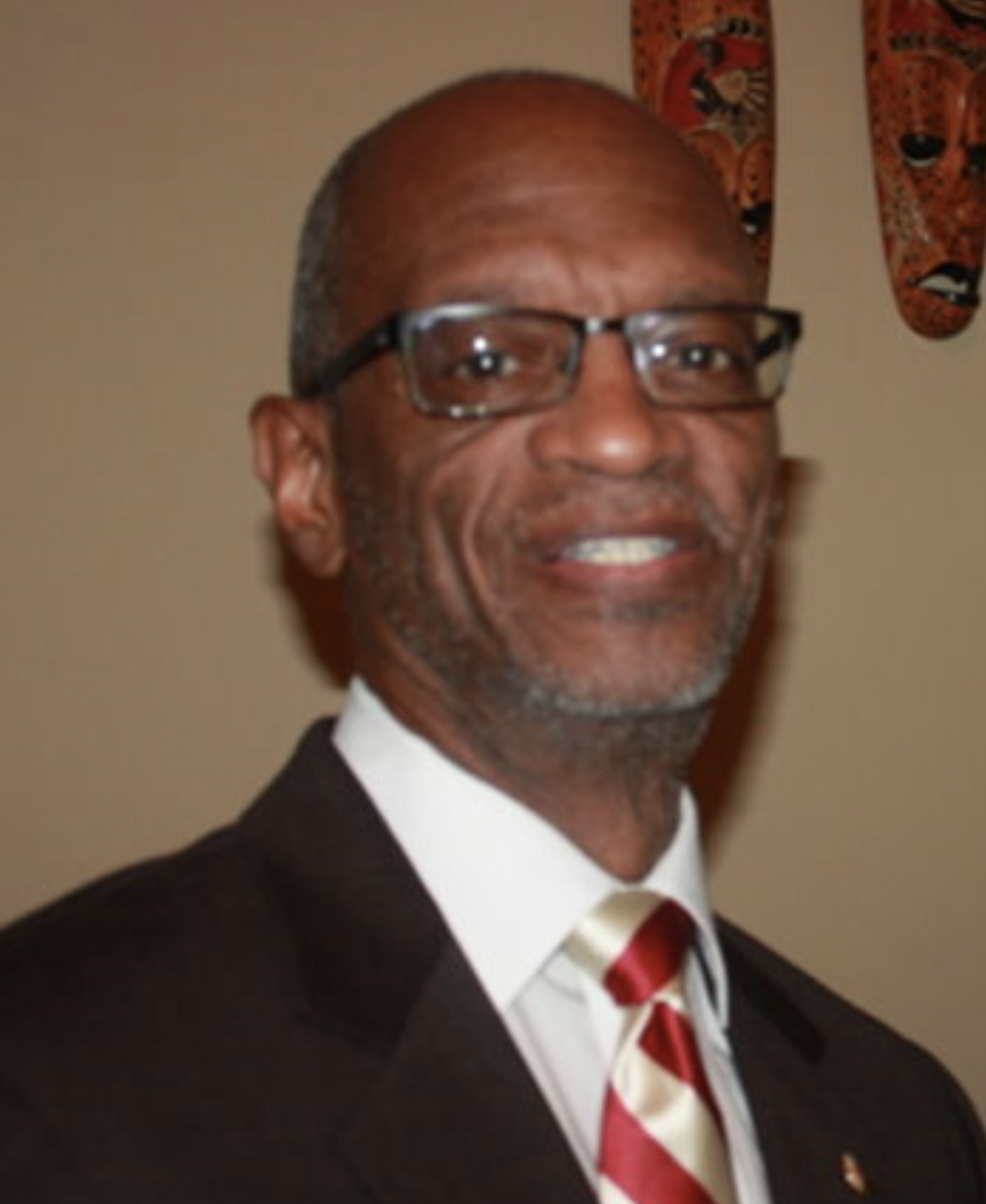 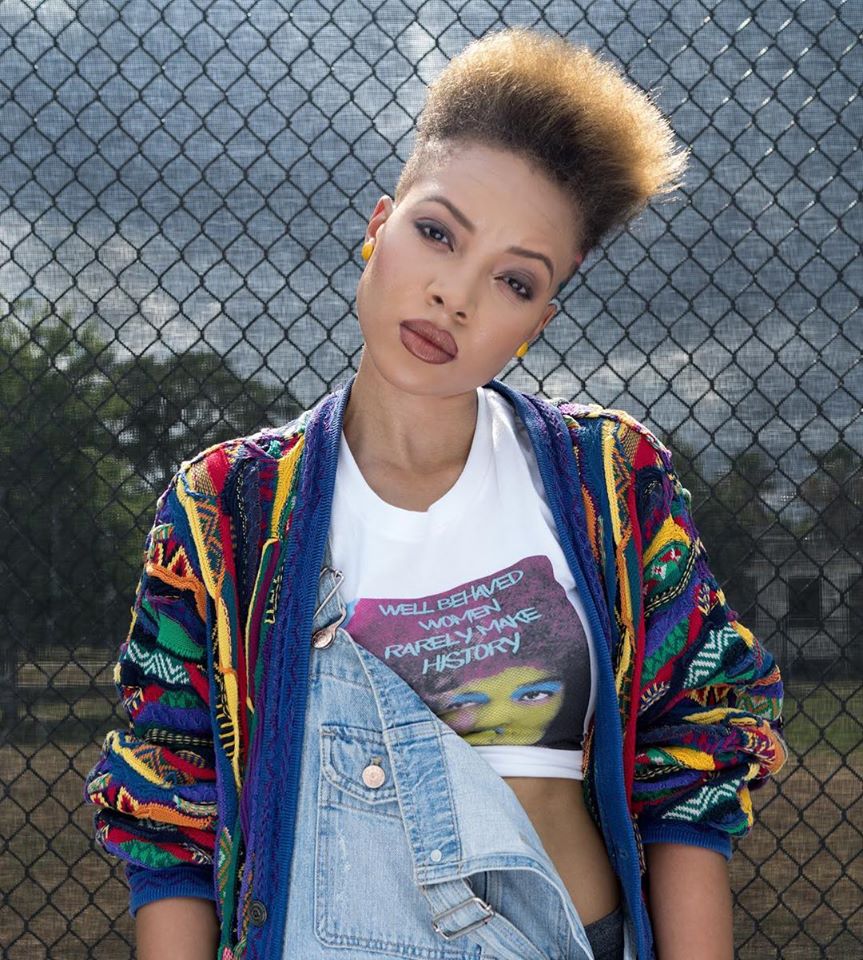 Jasmine B. Johnson is an actress, writer, director and producer native to New Orleans, LA. She made her film acting debut in award-winning director Nijla Mu’min’s Deluge in 2012. Since then she has appeared in numerous short films and theatre productions, in addition to co-starring in NCIS: New Orleans and Shameless and holding her first leading role in the independent film, Her Worst Nightmare.

Tiffani Sheriff is the founder of MUSINGS, an aesthetic, spiritual and creative project management consulting firm specializing in wardrobes and interiors.  From commercial photoshoots to film, her holistic approach to design has contributed to acclaimed productions seen around the world. 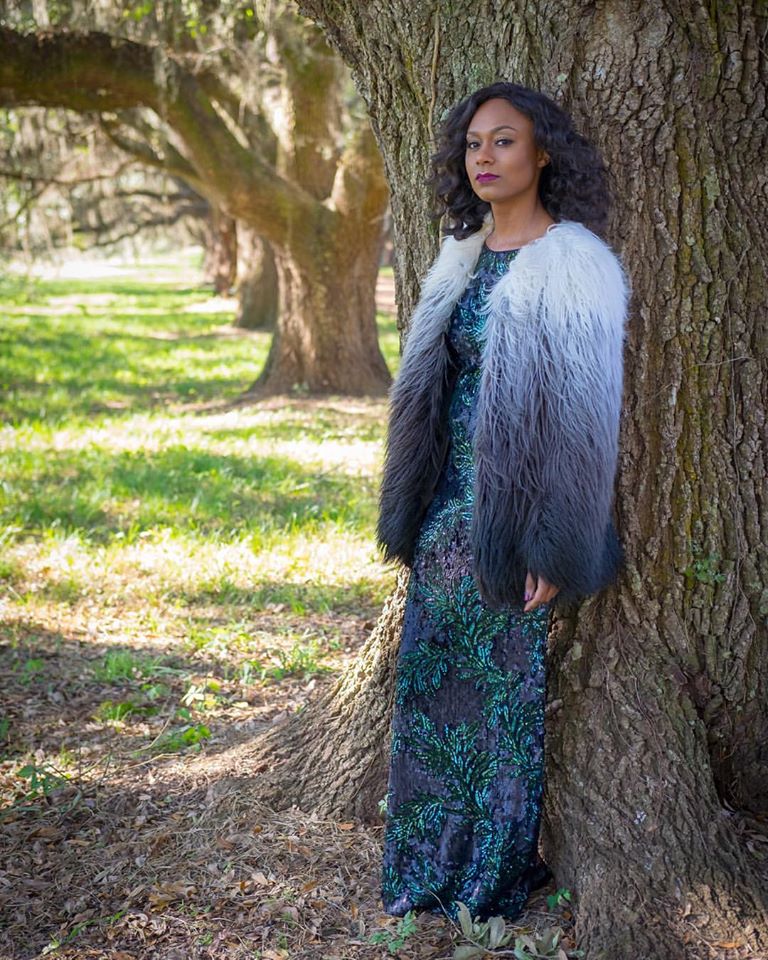 Adrione Domino is a New Orleans-born filmmaker, actress, and a philanthropist at heart. She realized that in order to kick her career off she’d have to move from in front of the cameras to behind them. After a career of working behind the scenes, she decided to use what she learned along with her natural ability to create and began producing her own films. Throughout Domino’s journey, she has met many talented people in the local film industry. So, she decided to start 3517 Law Street Productions, LLC to bring everyone together as a film community.

In 2012, Domino wrote, directed and produced a web series “Neutral Grounds”. That same year she wrote and produced her first short film, “Beaucoup de Force” screened at the Prytania Theatre. In 2013, she produced a three times nominated short film, “Unemployed” for the 48 Hour Film Project premiered at The National WWII Museum. In 2015, she wrapped her short film “The Inheritance”, which was filmed in Shreveport, LA for the LA Film Prize screened at AMC Elmwood Palace 20 during 4:4:4 Camera Showcase. Her latest short film, “Wedding Vows” is based on an interracial couple who gets reals when writing their wedding vows.

Her production company was created to build a platform for upcoming producers, directors, writers and actors. 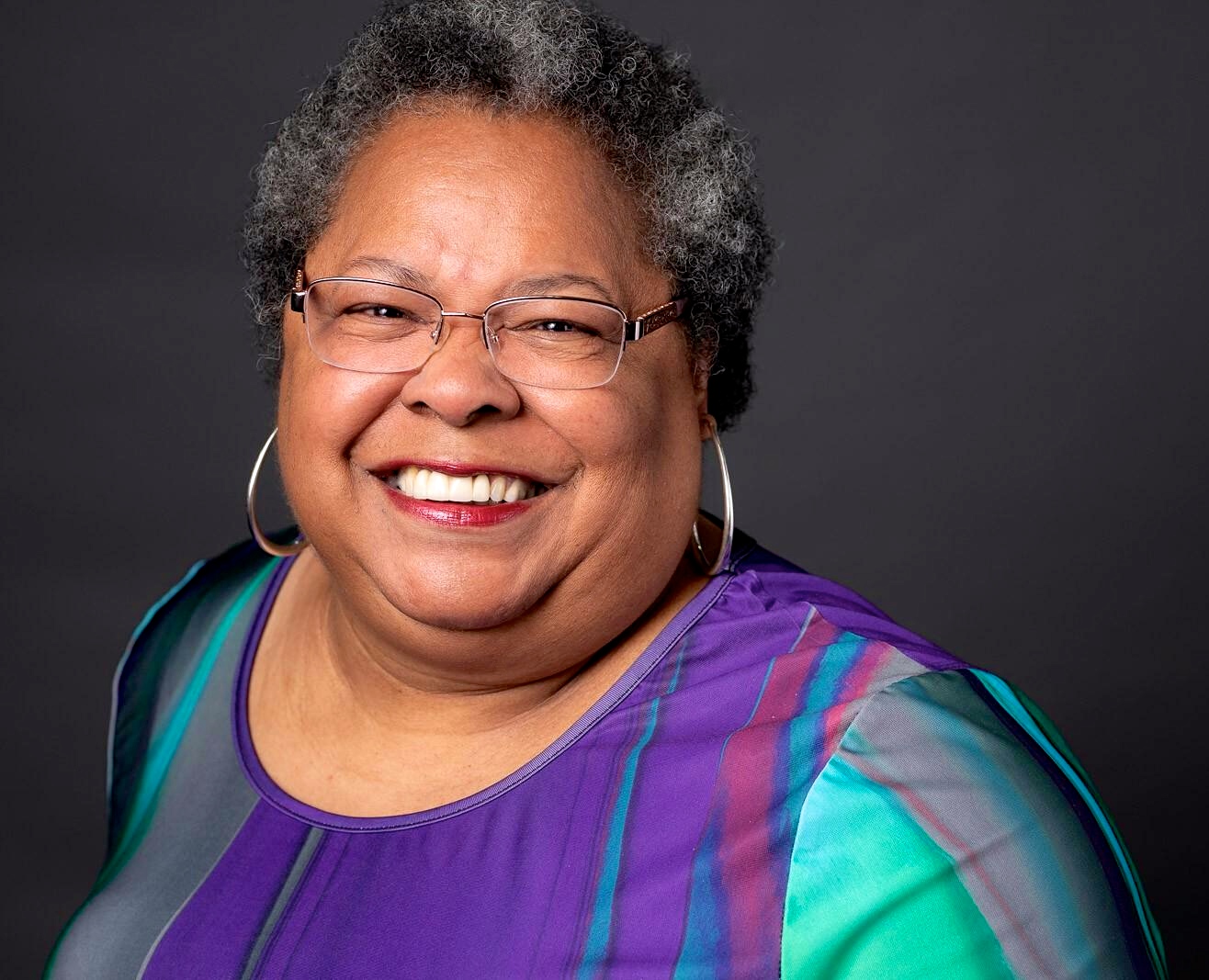 Roslyn Johnson Smith is the second child and first daughter in a family of twelve children born and raised in New Orleans, Louisiana. Dr. Smith’s early education was in the segregated Catholic schools in New Orleans.  She holds a Bachelor of Arts degree in Elementary Education and Special Education, a Master of Education degree in Learning Disabilities, and a Doctor of Philosophy degree in Educational Administration, all awarded by the University of New Orleans.

During a 32-year career in New Orleans’ public education system, Dr. Smith taught elementary grades and special education classes, and served as a school-site curriculum coordinator before moving to administrative assignments.  She worked for a brief stint as Director of External Grants and Professional Development in the district’s central office.  For 22 years, she was principal of Oretha Castle Haley Elementary School, a high poverty, high minority urban school.  In 1993, she was elected President of the Principals’ Association of the New Orleans Public Schools, Inc.  During her tenure, she was named the Louisiana Elementary Principal of The Year and recognized as a National Distinguished Principal in 1995.  Before retiring in November of 2005, Dr. Smith’s last position was that of Area Superintendent where she was the immediate supervisor of the district’s lowest performing schools, the Signature high school centers and the organizer of thirteen 4-member instructional support teams.

Her hobbies include creating Black/Mardi Gras Indian suits for her two grandchildren, photography, and researching her family’s genealogy. A strong supporter of black filmmakers, Dr. Smith has donated funds to support several young artists, some of whom have received award-winning acknowledgements in the industry. 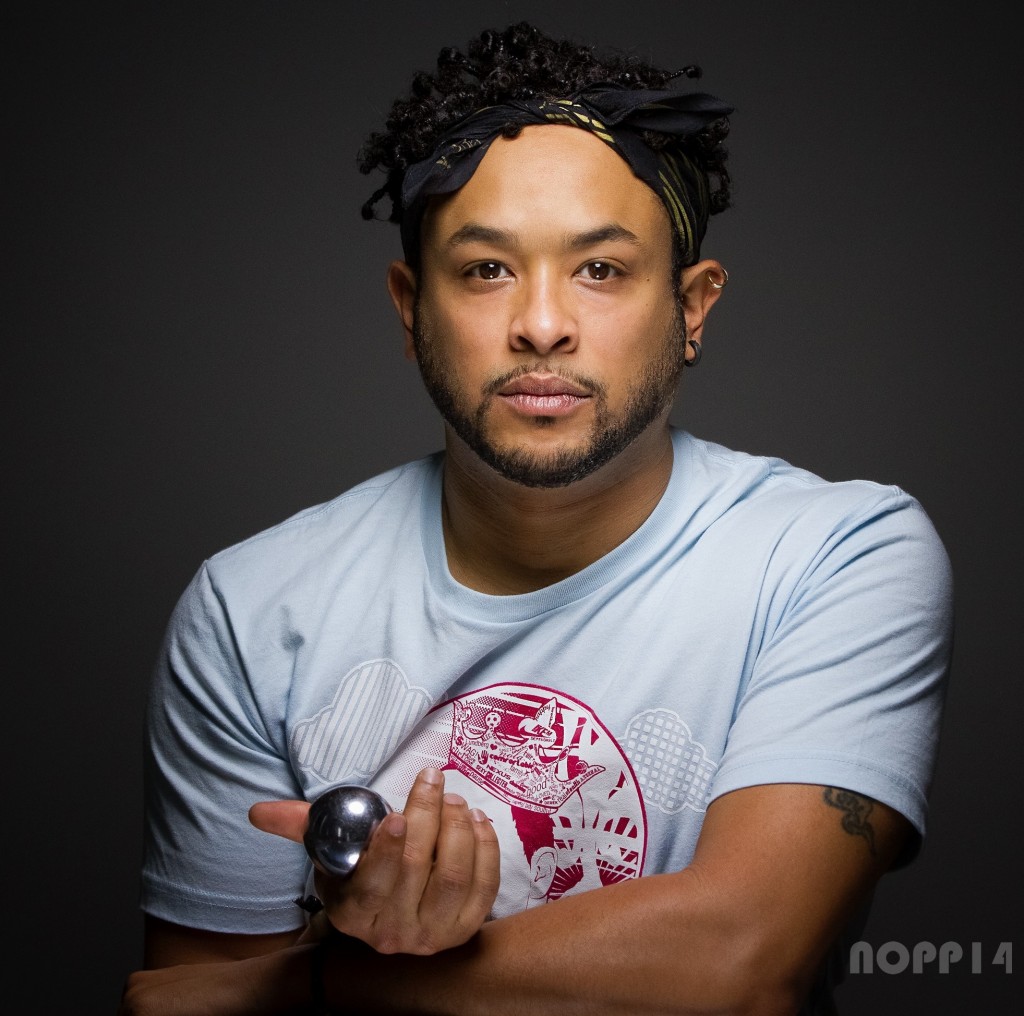 With great regard for the process of creation, I narrate these stories with paint and brush while speaking through color as emotion, and evolving, experimenting and expanding my use of media as influence and tools for art. Indeed my making and learning art is a constant exploration of my own process which in no small part includes and highlights the collaboration of other artists’ insight, ideas and ingenuity, the manifestation of music into the work, and flipping the script by using the aforementioned technology and social media as a means of engaging the audience with my works in progress, helping me be a better creator. ” ayoscott.com 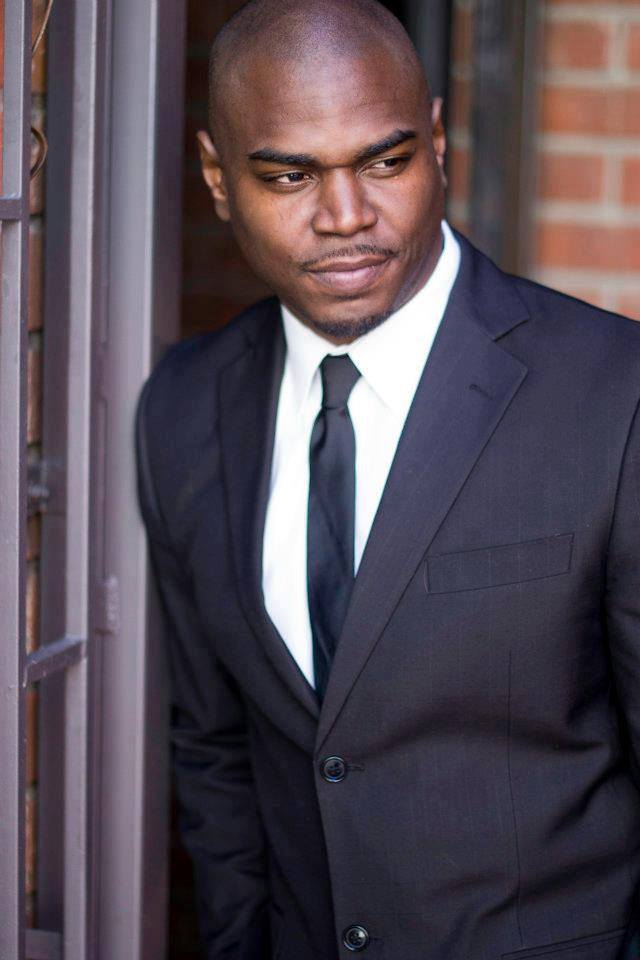 DaVida Chanel Smith is a native of Plaquemine, La (the city not the parish) and became an avid movie and tv lover at a young age. Smith is currently based in Los Angeles and is a talent manager, producer and storyteller. 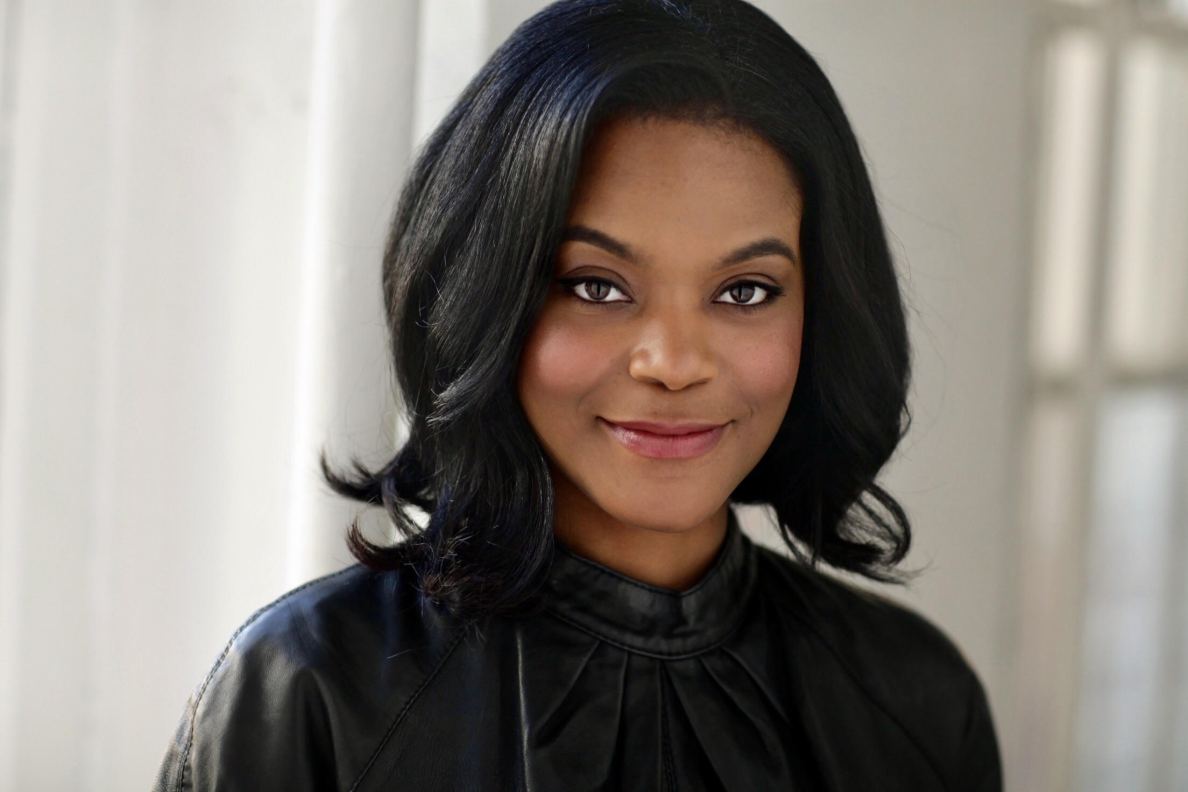 Marki Michelle is an ensemble member of The Collective NY. Graduate of the William Esper Studio. 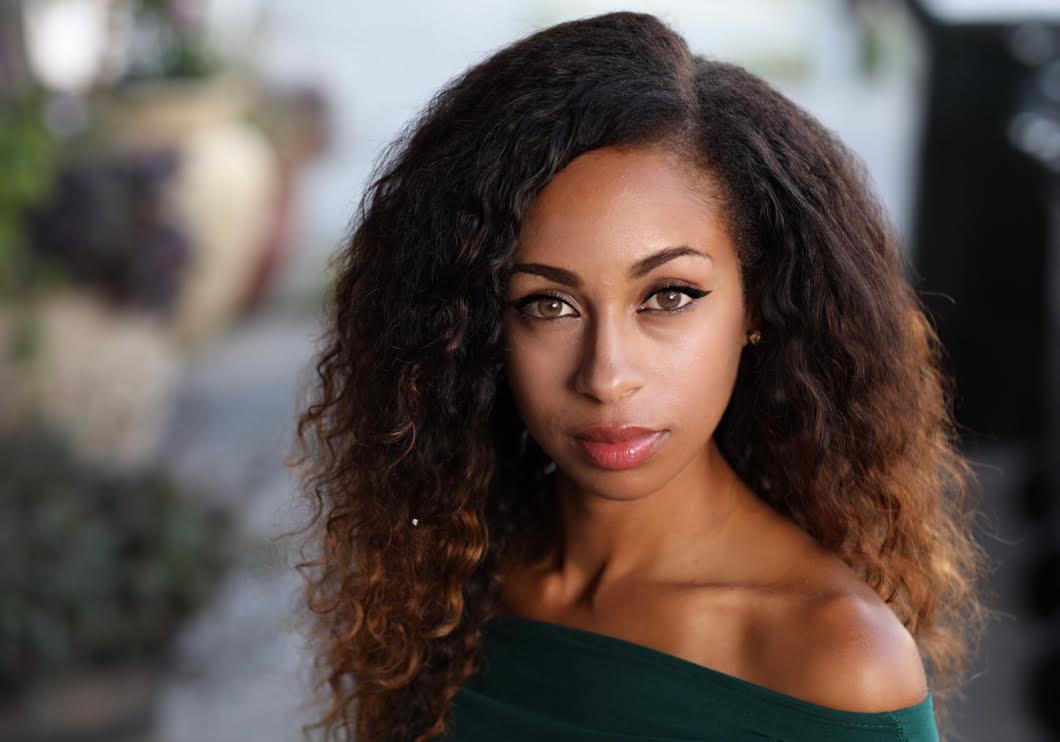 Jessica Johnson is a native of New Orleans. Jessica is an actor, writer and filmmaker who studied television and film production at Xavier University of Louisiana before transitioning into commercial and theatrical acting in 2015. Her recent credits include the award winning hit series Queen Sugar, AMC’s Preacher, Girls Trip Season Two of the Hit Fox Series Star. 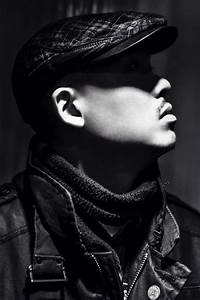 Bobby Yan is a second-generation Chinese American director & writer from New York City. He graduated from Tulane University in New Orleans and holds a Masters degree from NYU in Visual Effects. A seven-time Emmy Award winner for Sports television, he has directed and edited over one hundred music videos and commercials. With five narrative shorts under his belt, Bobby was recently chosen to be a part of the ABC Disney Directing Program as well as Ryan Murphy’s HALF Initiative mentorship program. 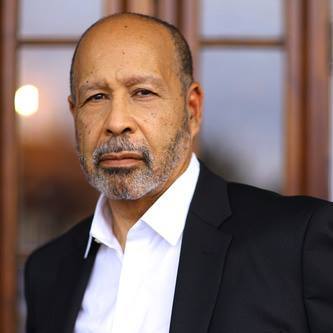 Lance Nichols is a veteran character actor best remembered as dentist Larry Williams on the critically acclaimed HBO series Treme which chronicled the lives of post Hurricane Katrina natives and their efforts in rebuilding their lives. His memorable performance as the “faith healing” preacher preacher in The Curious Case Of Benjamin Button garnered praise from critics and the general public.

He recurs as The River King in the AMC television series Into The Badlands and recently started production on the new SyFy/USA series The Purge working under the direction of Emmy Winner Anthony Hemingway whom he collaborated with for four seasons on Treme. Mr. Nichols and his wife Zardis co-produced their first television pilot Shepherd which won Best Drama at the prestigious ITVFest in 2017 and where he won Best Actor in a Drama. Their win garnered a development meeting with HBO.

Lance and his wife are co-owners of Lanzardis Productions which specializes in training young professionals for working in the entertainment industry. In their leisure time they enjoy travel, dining and attending the New Orleans Saints football games. 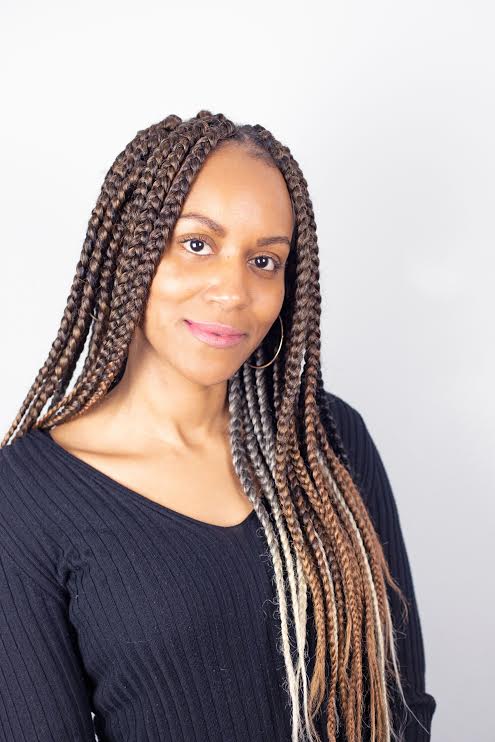 Nailah Jefferson is a New Orleans born and bred filmmaker whose work reflects the community that raised her. Nailah’s first film, Vanishing Pearls, told the story of a little known African American oyster fishing community and their fight for justice after the BP oil spill. After acquisition by ARRAY/AFFRM, Vanishing Pearls streamed on The Urban Movie Channel.

In 2017, Nailah was nominated for a National Magazine Ellie award for Essence Magazine’s Black Girl Magic Episode 4. Nailah’s first narrative, Plaquemines, was awarded the inaugural Create Louisiana $50k Short Film grant. Upon completion, it was chosen as an American Black Film Festival HBO Shorts finalist. Nailah is currently in production of her forthcoming documentary Commuted, about the life of Danielle Metz, a woman who received clemency by President Obama after receiving a triple life drug sentence in the early 90’s. The project is supported by Black Public Media, Chicken and Egg Films, Firelight Media the Southern Documentary Fund and Tribeca Film Institute. 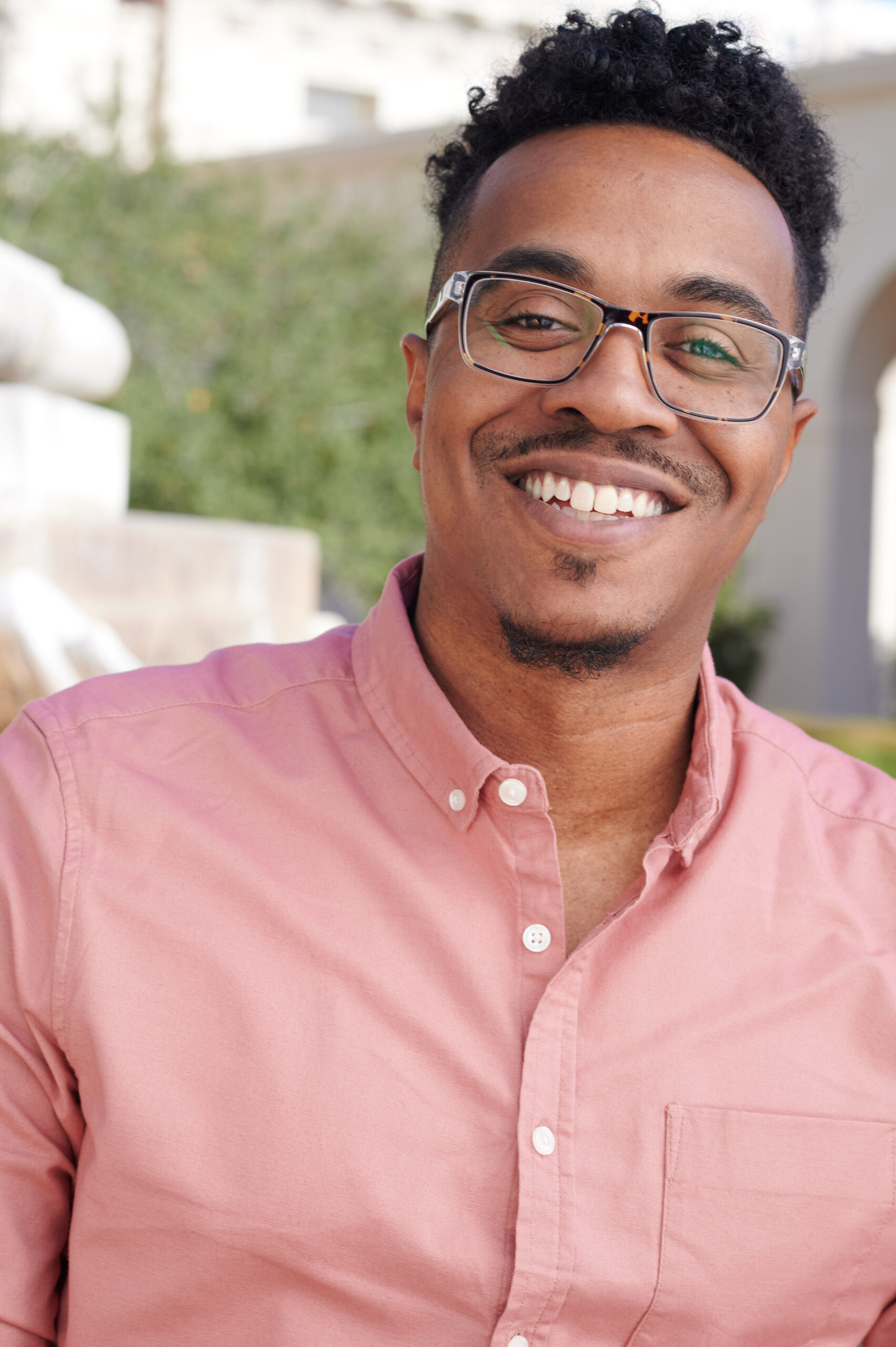 PRAHEME is a storyteller from Richmond, Virginia who holds a BA in Film Production from the Howard University and an MFA in Film Production from Florida State University. Praheme is the CEO of the independent studio Praphetic Praductions and i.a.m.W.E. Film Collective, which creates unique and original content like the award winning film Troop 491: the Adventures of the Muddy Lions and Stuck. Praheme resides in Los Angeles and has three feature scripts in development. 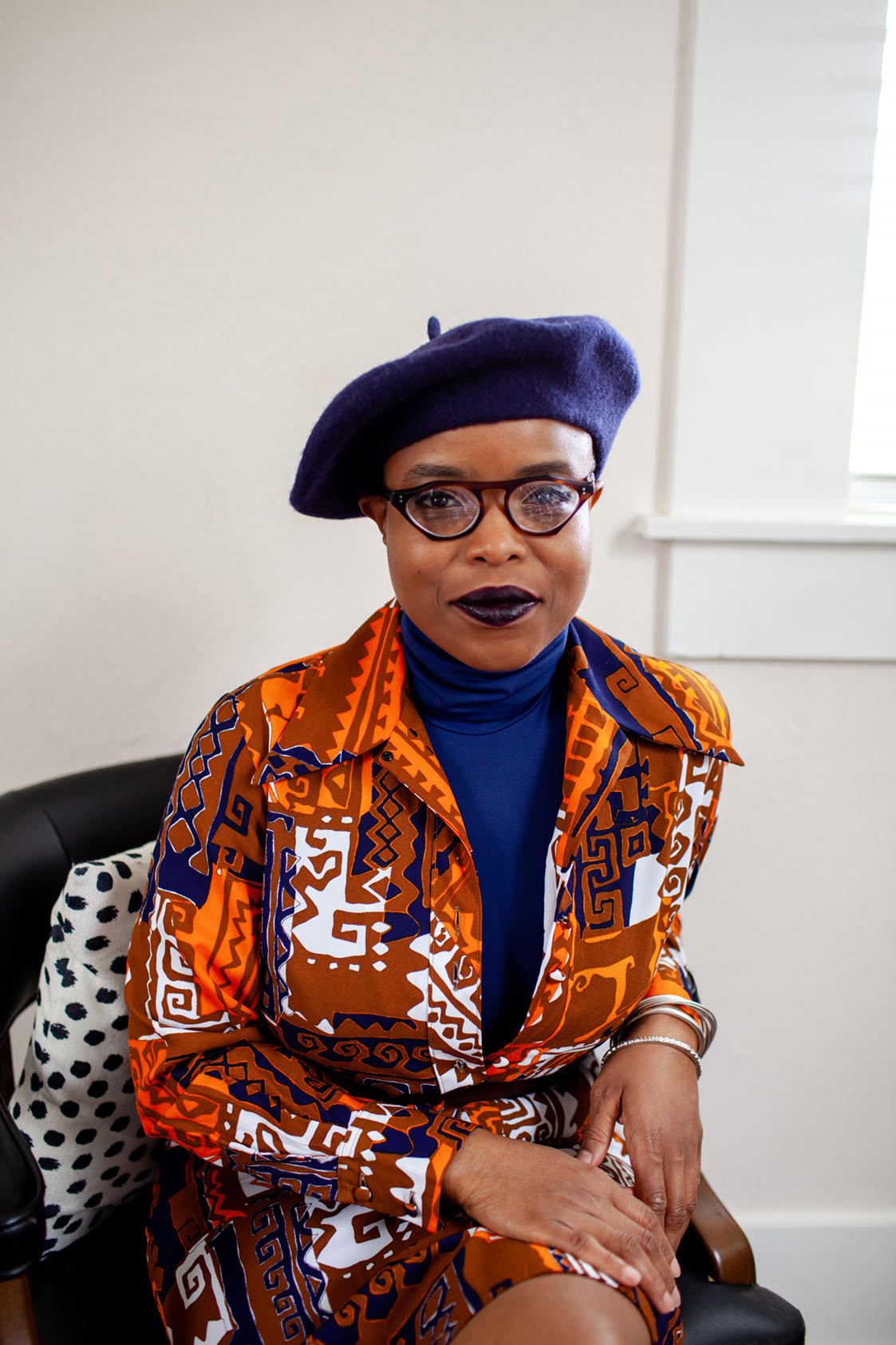 Tiffani Sheriff is the founder of MUSINGS, an aesthetic, spiritual and creative project management consulting firm specializing in wardrobes and interiors.  From commercial photoshoots to film, her holistic approach to design has contributed to acclaimed productions seen around the world. 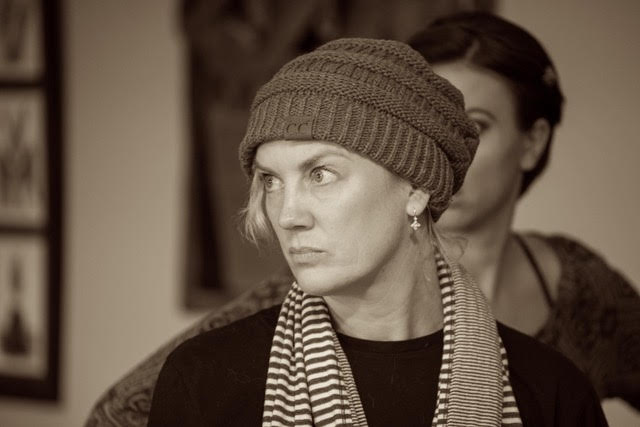 Rachel Grissom is a production sound mixer for film and television whose credits include TNT’s Claws, MTV’s Scream, and Beyonce’s Lemonade. She has also worked in theater and radio, and has written, produced and directed several short and feature films. 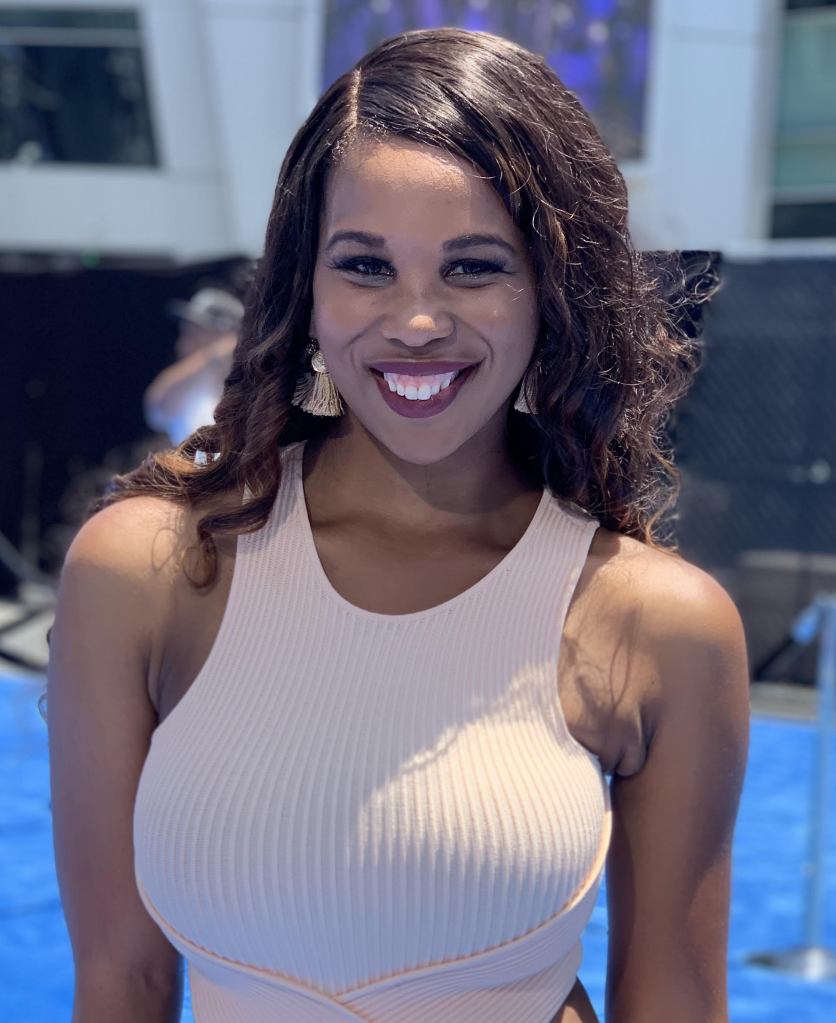 Nicole Collins is a Filmmaker and host from Louisiana. Although she was born and raised in Alexandria, her 12 years in New Orleans is where she developed a passion for filmmaking. Her acting credits include HBO’s ‘Treme’ and ‘Twelve Years a Slave’. Nicole’s hosting talents have landed her gigs with the NBA, Essence Festival and We-TV. Nicole has written, directed and/or produced 11 film projects with some being award winning. Nicole’s goal is to continue to create content for underrepresented voices.

In 2016, Nicole moved to Los Angeles to expand her film and mental health advocacy network. She’s currently back and forth between Los Angeles and New Orleans creating film and digital content and producing events for women and girls. Her workshop for young girls called LOVEYours encourages self confidence through public speaking and mentors girls in Los Angeles and New Orleans. In 2019 she received a grant from the California Mental Health Services Authority to produce The Blooming Phoenix Maternal Mental Health Awareness Brunch which sheds light on postpartum depression within the African American community. She is the mother to 8 year old actress, Aadyn Encalarde.